Valley of the Temples, Agrigento, Sicily 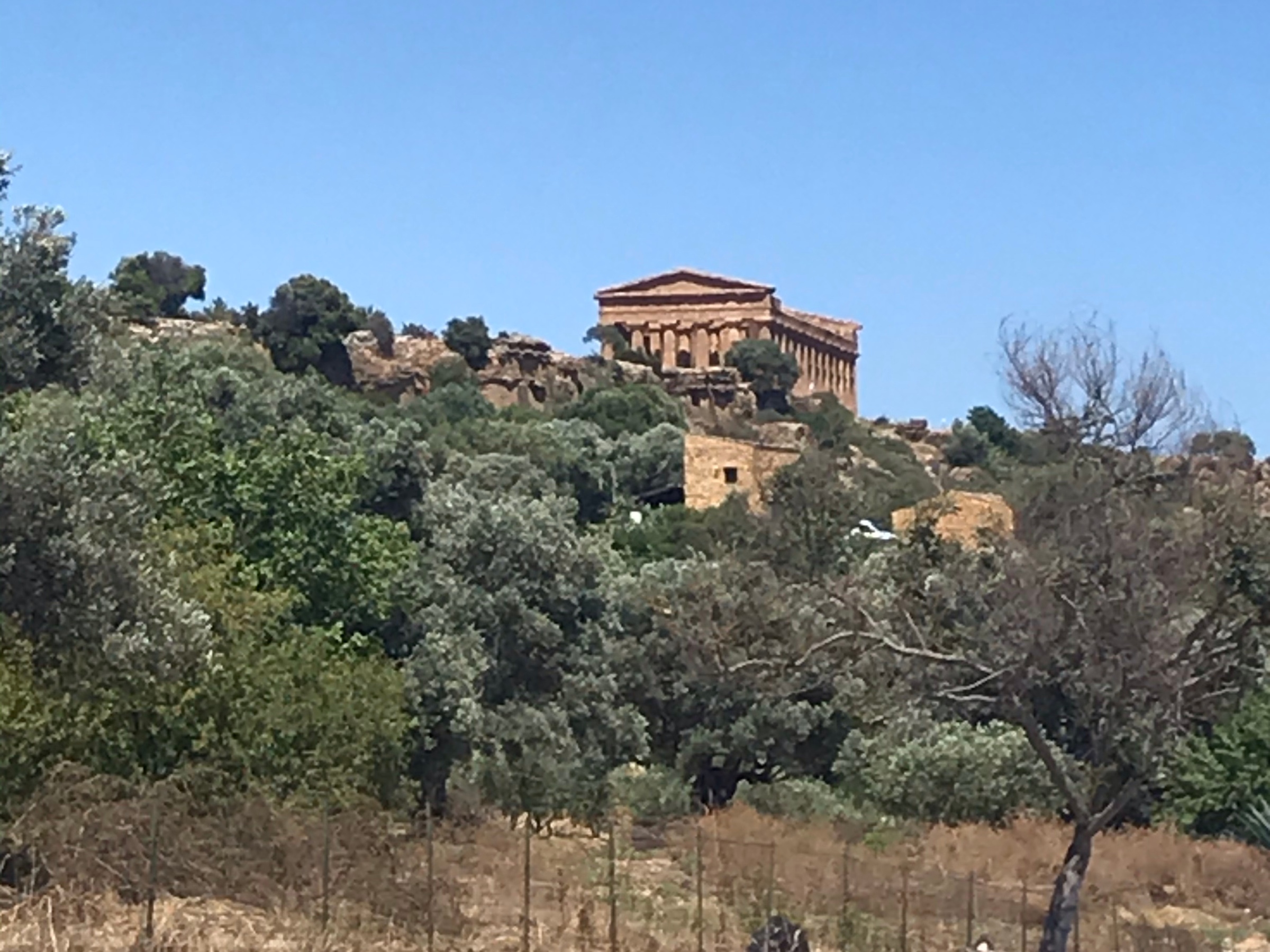 Visiting the Valley of the Temples was always on my itinerary for my trip to Italy. Considered one of the most important (and impressive) archeological sites in the world, it covers over 2,300 acres. (Guess what? I did not trek the entire space, but I did cover a lot of it.) Founded in the 6th Century BCE as the city Akragas, it was an influential city in Ancient Greece, albeit in Sicily. With almost half a million citizens, it prospered until the early 5th Century CE, when it was conquered by the Carthaginians. Like the rest of Italy, it was later occupied by the Romans, Arabs, and Normans. Amazingly, it wasn’t rediscovered until the 19th Century and became a UNESCO World Heritage site in 1997.

Note: It’s not actually a valley. Rather, the city sits 230 meters above sea level and overlooks what is now the city of Agrigento, as well as the sea. Quite impressive.

The Temple of Juno (Temple of Hera in Greek) is the first ruins you see upon entering the park. Like all the standing ruins, it features Doric style columns.

Most well known is the Temple of Concordia (the goddess of harmony), as this is the most well preserved, having been converted into a church in the 6th Century CE by the bishop of Agrigento. This is particularly worth noting since all places of “pagan” worshiped were being destroyed around that time.

This fantastic “fallen angel” is actually a statue of Icarus created by Polish artist Igor Mitoraj for an exhibition on site in 2011. The exhibition included 17 statues and this is all that remains. Inset on the back of right wing (the unbroken wing), is the face of Medusa, which actually looks very much like an angel. Unfortunately, I don’t have a photo of this – the light wasn’t cooperating so I only admired it. (With no one else around, it was easy to get up close.)

The photos below show what is believed to have been part of the ancient city wall. During the late Roman and Byzantine eras, it was repurposed into a cemetery as burial holes. Having seen historical Native American dwellings in the Southwest, I actually thought they might be sleeping quarters of the military guarding the wall. Hah! Good thing I read the sign!

Of course there’s plenty of nature to see as well.

The Temple of Heracles

The Temple of the Dioscuri (Temple of Castor and Pollux). In Greek mythology, these twins were born of Leda. (Anyone remember the story of Zeus shape-shifting into a swan in order to seduce Leda?) Interestingly, however, these twins had different fathers. Pollux is the son of Zeus (making him a demigod) while Castor is the son of Spartan king Tyndareus. They had their share of escapades, the last of which involved stealing their cousin’s cattle, which led to Castor’s death. Pollux was inconsolable and pleaded with Zeus to grant his brother half of his immortality, which led to the twins becoming the constellation we know as Gemini. (Just had to throw a little myth in there for y’all.)

This temple, however, is a bit misleading. It was reconstructed in the early 19th Century using pieces from other temple ruins in “a vast sacred area” devoted to Demeter and Persephone. So strong was the cult of Demeter and Persephone that ancient authors referred to Sicily as Zeus’s wedding gift to Persephone. (Who the ancient authors are, I don’t know – but that’s what the sign said. And the idea of Persephone’s wedding… well, that’s another topic!)

Cacti are prevalent throughout the park. Such gorgeous, majestic, old growths, continuing to flower. Here, however, they have been scarred. Almost every leaf I saw had been marred by human carvings. Deeply upsetting, this grieves me. These poor plants bearing the pain of human narcissism.

But I will end with hope, with something beautiful and a testament to humanity. The Garden of the Righteous of the World (Giardino dei Giusti del Mondo) is new, inaugurated in 2015. This memorial to martyrs and activists for justice, more than anything else in the park, moved me. Honestly, I expected to feel more when visiting the temples. More awe, I suppose. As I did at the ruins in Rome. But here, in this one absolute place that I had to visit on this trip, I felt no awe. Just interest. It was a learning experience. It was pleasant to be there, virtually alone. (I saw only 10 other visitors.) But here, at the Garden of the Righteous, I was moved. I read the names and their stories. And maybe that’s the lesson for me. History is always recorded by the victors. But it is the lives of the people, and the courage of those who fight, that is the foundation of all civilization. There would be no art, no monuments to human ingenuity and creativity, without the people themselves. Art (architecture, music, sculpture, paintings, literature) is a testament to what is good in people. It captures but a glimmer of our potential. May we always remember the people. And when necessary, fight for them too. And, if we’re honest, as the demonstrations around the world right now (prompted by the death of George Floyd) show us, the fight never ends.

11 Comments on “Valley of the Temples, Agrigento, Sicily”