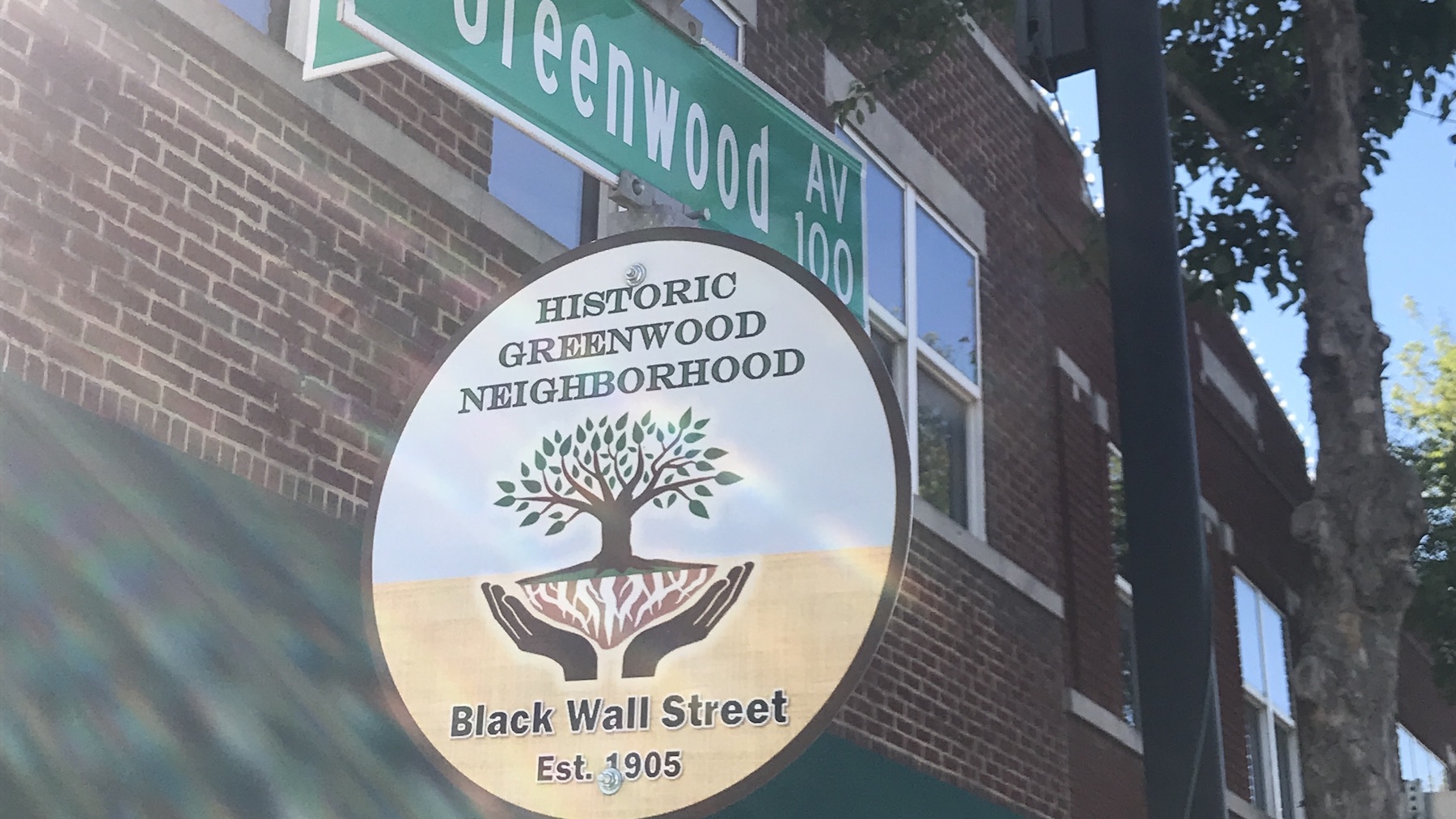 We’ve had a lot of disasters in the United States in recent memory. Hurricane Katrina in New Orleans, Hurricane Sandy on the east coast, Hurricane Irma and more. Wildfires in California and throughout the West; mudslides and earthquakes. Many of us have lost our homes and our neighborhoods, even our entire towns.

Now imagine that scale of destruction not caused by an act of nature. Imagine your home looted, buildings burning, and block upon block destroyed while you flee for your life. The people you love are killed in front of your eyes. Home, as you know it, destroyed in just eighteen hours. This is what happened in Tulsa.

Yes, this happens all around the world. The number of wars and refugees at this very moment are staggering.

The United States was torn apart by a Civil War fought over 150 years ago. In many ways, we are still fighting this war.

The same fight that continues around the world today: in Myanmar since the 1940s, between Rwandan Hutus and Tutsis in the 1990s, between Irish Catholics and Protestants from the ‘60s to the ‘90s, and countless conflicts in African countries. It is the same fight between Israelis and Palestinians in the West Bank for the last fifty-three years.

Here, in the U.S., we are not suffering currently from missile strikes or outright genocide, there are no organized and continuous bombings, but terror, destruction, rebel groups, and killings still continue. They are part of our history. These fights are fueled by prejudice and misunderstandings and by politics and power. And, ultimately, they have everything to do with home.

Most folks do not know about Black Wall Street and the Greenwood massacre. Even in the United States, most people do not know about one of the worse incidents of racial violence in the history of our country. Heck, even many folks in Tulsa don’t know about this.

In 1921, the Greenwood District of Tulsa, Oklahoma was home to over ten thousand black residents – more than one-tenth of Tulsa’s population at that time. The city was segregated, just as towns were all across the country.

Ah, but in Greenwood, just fifty-some years after the Emancipation Proclamation and the end of the Civil War, people were doing well! In an area of thirty-five blocks, there were several banks and hotels, numerous churches, stores, saloons, and restaurants; a movie theatre, a library, and even a hospital – all owned and operated by African Americans. In this self-sustaining neighborhood, residents included doctors, lawyers, bankers, and barbers. The community was strong and the culture was rich. And the thriving business district came to be known as Black Wall Street.

That all changed on May 31, 1921, when a white mob descended on Greenwood, looting houses and businesses and then setting them on fire. An estimated 1,250 homes were burned. Thousands of black residents became homeless and hundreds were killed. By the morning of June 1st, the entire thirty-five blocks had been gutted, resulting in what would be today over $33 million dollars in property losses (adjusted for inflation).

How did this happen? Well, our nation was still relatively young and “Americans” were still struggling with home: creating a place where they felt at home, where they could flourish, where they could be more than they had previously been. This is still our problem, actually.

The first Europeans arrived on our shores in 1565 and declared the land to be discovered! The land was claimed for the Spanish and British kings. Quite ludicrous and out of touch with reality since we now know that almost 100 million people, comprising over 1,000 Indigenous nations, were occupying the land now known as the United States. That is twenty percent more than the population in all of Europe at that time.

Oklahoma, like all of North America, was entirely Indian Territory. Tulsa was built by white Europeans on land stolen from the Muskogee Creek, Osage, and Cherokee nations. Which means that Greenwood, too, was built on stolen land.

But on this day at the end of May one hundred years ago, the destruction of Greenwood started with Sarah Page, a young white female elevator operator who screamed after Dick Rowland, a black male teenager, had entered her lift. Did he stumble or trip and accidentally bump into her, brush against her? Did he startle her somehow? Whatever he did wasn’t serious and it wasn’t deliberate. All charges against him were dropped two days later. But by then it was too late.

Young Dick Rowland was arrested and an angry white mob gathered outside the courthouse. Very much like the scene in To Kill a Mockingbird. Except in Tulsa, some black men also showed up to protect Mr. Rowland from being lynched. They showed up armed, yes. And they were outnumbered 15 to 1 by the whites that were already there and armed as well. The black men fled back to Greenwood and the mob of 1500 grew as it followed. Through the evening and all through the night, a battle was waged. Eighteen hours of total destruction. Not a riot. A massacre.

Just last week, 107-year-old Viola Fletcher, who survived the massacre, testified before the House of Representatives. She told how she is still haunted by that night; the scenes still vivid in her mind. She said, “I still see Black men being shot, Black bodies lying in the street. I still smell smoke and see fire. I still see Black businesses being burned. I still hear airplanes flying overhead. I hear the screams.”

This history is not taught in our schools. This history has been ignored, even covered up. The same way the history of stealing land from American Indians has not been taught. Stealing homes, decimating tribes and destroying an ancient and honorable way of life.  America has been built on the mythology of European entitlement and white supremacy. The mythology of Manifest Destiny.

The destruction of Greenwood is an all-too-familiar and horrifying story (replayed countless times in history).  Homes destroyed and lands stolen. People displaced. And the resulting trauma that stays with us across the centuries; embedded in children, families, communities, and ultimately, our nation.

We can never get back what we lost. The question is, can we find it again? Can we create a new kind of Greenwood not only in Tulsa but around the country? Can Blacks and Native peoples be allowed to prosper and flourish? Can their autonomy and sovereignty be respected and honored?

We all just want to be home. To have a home: a safe and comfortable shelter. To feel at home: with family and community who accept, embrace, and celebrate us.

We need to know our history. We need to remember the pain and embrace our collective grief.

If we are to live together in harmony, we must repair the wrongs of our past. We must stop being so afraid of those who don’t look like us, those with different customs and beliefs. We must break through the mythologies that divide us. We must look more closely at what we all share: the need for home, to be accepted and safe.

This country is our shared home.

This is not a natural disaster, not an “act of God.” This is us, our shared history. Our present and our future. Our country is burning. Divided, we all lose. Each and every one of us, black and white, rich and poor, Christian, Muslim, Jews and more, when we are divided, we lose. We lose our country, we lose our families, we lose our lives. We lose our home.

← What No One Talks About – Bathrooms and more
Imprints of Home: Fragments We Carry, Wherever We Are →