When Faith Brings Us Home 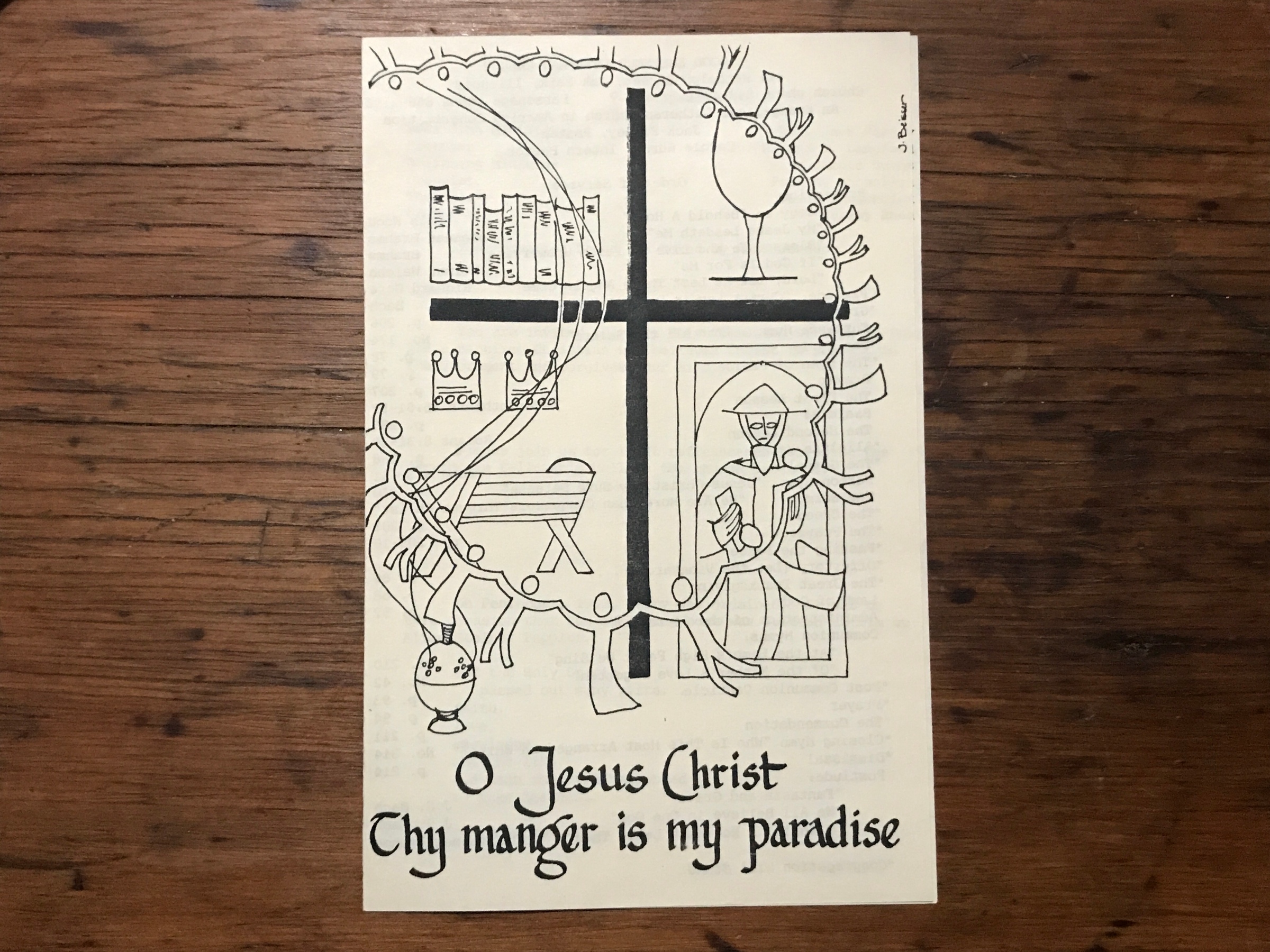 I don’t remember thinking about death as a kid. Not really. Not until I read The Great Divorce by C. S. Lewis when I was in high school. That book rocked my world. Here was a hell not of eternal fire but a dreary grey town where souls are forever stuck in the misery of their own choosing. Heaven, on the other hand, is waiting for us, if only we can put aside our human egos and earthly desires. If we can simply let go of what we think we know. Clear our minds, clear our hearts, and journey with angels into the shining mountains, the place of limitless love.

My mother told me once that her father saw angels in the corner of his hospital room shortly before he died. And my godmother often told me how angels had visited her, first when her niece died in her arms as an infant and later after her husband died suddenly in middle age of a heart attack.

I was counting on a similar experience when my parents died. But if there were angels, I didn’t see them and I didn’t feel them either.

But it seemed like my parents both spoke to angels in the days before their death. They each had a conversation with a presence that they alone could see. My father’s was unsettling. He was agitated. My mother, however, seemed comforted. Even amazed. She kept saying, “I did not know that!” When both my sister and I interrupted by touching her arms and telling her we were there, she turned her head, looked at us and said, “I know that!” and then went back to her celestial conversation. It was a spectacular thing to watch. Later she said that her beloved dog Betsy, who had died three years earlier, was sitting by her on her bed. Maybe dogs are angels.

The very last words my mother spoke were these:

Then she turned her head, looked me directly in the eyes, smiled, and said clearly, definitively, “It’s all okay.” And with that, she began her transition. For six days she straddled the worlds, never speaking again as she moved towards the light, making her way back home.

A few years back when I was working at Bacone College, a Baptist school for primarily Native Americans, I met a Christian ministry student in her mid-20’s who told me she believed in bringing back the dead. She had seen it done, she said. Through fervent prayer and laying on of hands, she aspired to one day having the ability to “save” a life.

Neal Donald Walsh mentions in his books, Conversations with God, (though I can’t remember which volume), the idea that we all come from God. We are part of God, one-with-God, before we enter this human incarnation. We are each within the Divine light. This was my second big Aha! moment. Again, like The Great Divorce, a heaven far different from what I was taught as a child.

It is only our humanness that separates us from God. When we die, when we shed this mortal skin, we return to our original pure state: we are joined again with god-stuff, with light, with that which has no beginning and no end.

Of course, it’s possible that Walsh, like Lewis, read Dante’s Divine Comedy from the early 14th Century. In Paradiso, Dante’s guide, Beatrice, becomes more luminescent and resplendent as she and Dante come closer to God. As all the blessed souls who have reached the top of the mountain gaze upon God’s radiance, they become one with the mystical white rose which is the home of all saved souls.

Dante’s journey began in the depths of the dark and ends in the light of heaven. His sight, “becoming pure, was able to penetrate the ray of Light more deeply—that Light, sublime, which in Itself is true” (XXXII, 52-54).

Eternal Light, You only dwell within Yourself, and only You know You: Self-knowing, Self-known, You love and smile upon Yourself! (XXXII, 124-126)

If we are of God, we dwell within God. As Kahil Gibran says in The Prophet, we are in the heart of God. When we die, we return to this Eternal Light. This is heaven. But not quite the same heaven as angels conversing on park benches.

For both my parents, death was a laborious affair. My father willed himself to transition quickly. Two days after coming home from the hospital, his death rattle began. It would later subside and be another twelve days before breath left his body. Meanwhile, I read Teilhard de Chardin’s small book On Suffering to him. While I no longer have the book, I remember how deeply the words resonated: my father nodding his head and softly moaning his acceptance of their truth. God was breaking down his body, painfully parting the fibers of his being in order to penetrate his very core, stripping him down to his weakest newborn self, so that he could go to God not as a man but as an infant ready to be born.

My father wanted to die on Easter. He wanted his funeral to be a celebration of the resurrection, filled with Allelujahs!  In the end, fully conscious of each day on the calendar, he shimmied out of his mortal body on Christmas morning.

Oh Jesus Christ, thy manger is my paradise.

Midway through my mother’s week of transitioning, she had an afternoon of clutching the sheets at the sides of her thighs with both hands and lifting her head and shoulders. The same contractions a woman does when giving birth. My mother was in labor. In her dying, she was laboring to birth herself anew.

Three days before she died, I wrote:  Snakes shed their skin. Deer, moose and elk shed their antlers. Dogs and horses shed their coats. Eventually, we shed our bodies.

In the 2009 film, The Invention of Lying, everyone tells the truth. There is no religion, no myth, no stories, no beliefs, no lies. In this context, death is universally understood as an eternity of nothingness — until the main character does something that has never been done before: he says something that he doesn’t know to be true. When his mother is moments away from dying and scared, he tells her that in death we go to our favorite place in the whole world and everyone you’ve ever loved and has loved you will be there. And you’ll be young again. There’s no pain. There’s love and happiness and everyone gets a mansion and it lasts for eternity.

In the presence of the terrifying unknown, these words are comforting. These words become truth. As a primary character says, “This is the most important thing mankind has ever heard. It’s going to change the world forever.”

In 2001, eight and a half years before my mother died, she wrote me:

All my questions, all my doubts, all my searching, all my theological reading—they’ve all brought new, sometimes entirely different, answers to my questions. The faith I have now is different from that of my childhood and early adulthood.

But one belief, at least, remains.  When I leave this life, I will go to eternal life with God.  I will be with those I loved who have preceded me.  I am as sure of this as my mother is, now in her 97th year.  I pray I will see angels at the foot of my bed and hear them singing, as my father did.  I pray I will have time to remember or to literally say goodbye to you children and tell you how much you blessed my life and how much I love you.  I know someday you shall join me.

But if death comes fast—in one sharp moment of pain—and I have time only for one brief prayer, it will be “Take me, Jesus.”

I could speak at length about what other faiths believe about an afterlife, about what happens when we die. But that’s not really the point.

The point is what we believe.

When my father was dying, this poem by Jean Formo comforted me:

Will we be reunited with our loved ones who died before us? Will we recognize them from the forms they embodied in this life? Will we talk to our mothers and fathers, siblings and friends as we once did?

I no longer believe this. Not the way I once did.  Still, I am comforted by my faith. Born of the same faith of my mother and my father, my godmother and my grandparents.

Death, I believe, brings us home.

← For All the Saints: Celebrating Life
Before We Celebrate Another Holiday →