Bruno and Baxter: The Boys 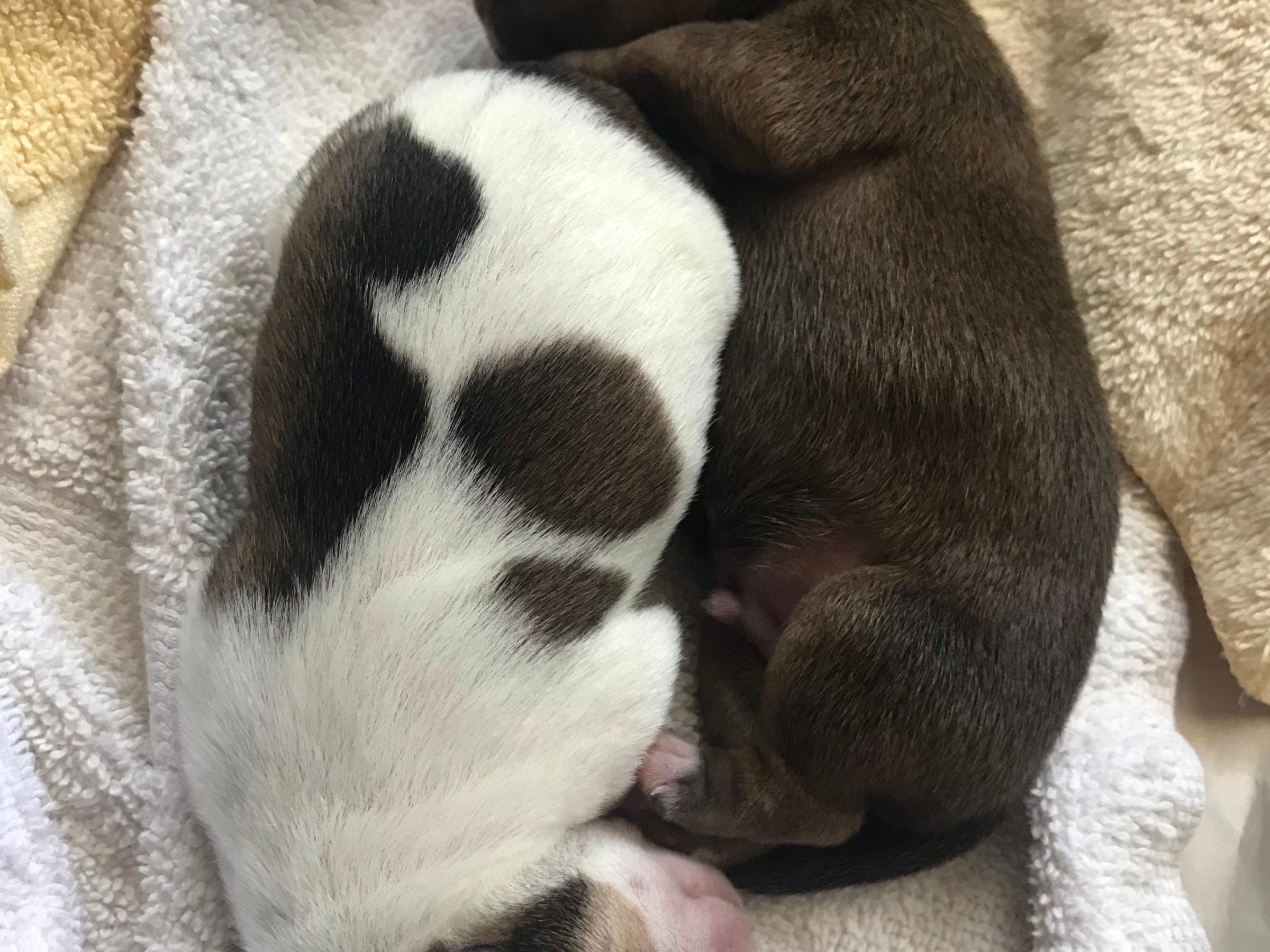 My new dog, Mazie, gave birth on Tuesday. Rescued from a hoarder with 91 other dogs, there was no telling who the father was or what they might look like. The only good news was that all the other dogs had been small, like her, so at least there wouldn’t be a crazy combination of breeds.

The first three puppies were born quite quickly. One after the other. A little space after the first, which was good considering that birth was rough (see Doggie Doula), but then the next two popped out easily. All three in about 25 minutes. All five in under an hour.

For the sake of this story (because everything is ultimately a story), I’m going to say the first three were girls. I know the first one was because I spent a lot of time saving her and held her up close. The next two came as I was still attending to Blessing (instinctively named in the moment when she finally caught her breath and started mewing) so I didn’t have time to check their gender. (Plus, the umbilical cords are distracting, let’s be honest!) Momma was still cleaning up these “twins” and attending to Blessing when the fourth started coming. After all my time with the first, I didn’t want to intervene. Just let Momma do her thing.

The fourth was different. Bigger. No wonder it took him a little longer to emerge. All chocolate brown, with a small patch of white on his chest. From the very beginning I could tell he was a bruiser. He scrambled to Momma’s teat with gusto. The others, mind you, were still acclimating to being born. Too stunned to be hungry. But this brown one went for Momma’s teat immediately. Impulsively I called him Bruno. Later I waivered. Maybe the association was unfair. Was naming the biggest and most assertive of the bunch such a masculine—even macho—name too sexist? But you know, it feels right. And Bruno is actually an old German word meaning brown. In the English folk tradition, it’s bruin meaning brown bear. So yes, it’s appropriate.

Baxter came next. The last of the litter. Also a boy. Also big. It’s fun to see them together. He has the markings of his sisters. I like that. Baxter is a Scottish-English name meaning “baker.” I like that too. I like to think he might turn out like Rolly, the always hungry plump pup in 101 Dalmations. 😊

The two brothers hang out a lot together. Pretty cute.

Yes, the entire brood has B names. Why not? I come from a family of J’s. 😉

Photos of the sister “twins” to come soon.

3 Comments on “Bruno and Baxter: The Boys”